Could Proposed Law Put Artists Like Justin Bieber in the Slammer? 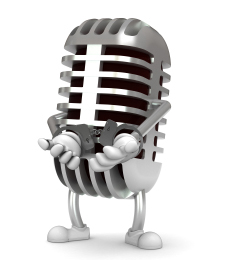 The Commercial Felony Streaming Act (S.978) is pending introduction to the United States Senate.  If S.978 is passed, it would make the unauthorized streaming of copyrighted material a felony punishable by up to five years in prison.

The potential passage of S.978 has sparked fears that artists like Justin Bieber (who began his quest toward pop stardom by singing covers on YouTube!) could end up in jail. DemandProgress.org has even argued that S.978 could shut down Twitter, YouTube! and other popular sites. Read More ›

Facebook has reached a settlement with the Federal Trade Commission regarding charges that it violated users' privacy rights.

In December 2009, privacy advocates filed a complaint with the FTC following certain changes to Facebook privacy policies.   Specifically, the FTC complaint alleged that Facebook made aspects of its users' profiles - such as name, picture, and friends list - public by default and without user consent. The FTC stated that such actions violated user expectations of privacy and threatened the "health and safety" of users by exposing "potentially sensitive affiliations" such as political views and sexual orientation.

The FTC complaint also alleged other situations where Facebook "made promises that it did not keep," such as promising that it would not share information with advertisers or retain data that it promised users was deleted. Read More ›

Act NOW to Maximize Incentives for Use of Electronic Health Records

On November 29, 2011, the State Bar of Michigan's Health Care Law Section presented a webinar entitled "Making Sense of 'Meaningful Use' Incentives for Electronic Health Record Adoption," which was attended by a number of Foster Swift health care attorneys.  This program gave a wonderful overview of the procedural requirements in obtaining incentive payments for the use of electronic health records ("EHR"). Read More ›