Aereo Loses Supreme Court Copyright Fight, But Does it Have a Future as a Cable Company?

Is customer e-mail data maintained by US companies on overseas servers subject to US jurisdiction? 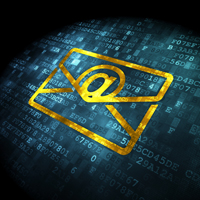 Microsoft may soon find itself being held in contempt of court after refusing to abide by a U.S. District Court Order, requiring it to produce customer e-mail data stored by the company in Dublin, Ireland.  The United States Department of Justice previously sought and obtained a search warrant for the production of customer e-mail data maintained by Microsoft as part of a criminal investigation relating to narcotics trafficking.

Judge Loretta Preska, chief judge of the United States District Court for the Southern District of New York, ordered Microsoft to produce the e-mail data in July, finding that, although the data was held overseas, it remained under Microsoft’s possession and control, over which the court maintained jurisdiction. Microsoft has yet to comply, claiming that the court lacks jurisdiction over the foreign e-mail data. The judge has since imposed a Sept. 5 deadline for the parties to inform the court on how they plan to proceed. Read More ›