Will the Government Force the Redskins to Change their Name?

On June 18, the United States Patent and Trademark Office ("USPTO") cancelled the Washington Redskins' trademark in its team name, concluding that the term "Redskin" was racially offensive and derogatory towards Native Americans.

Under the Lanham Act, Federal Trademark Law prohibits the registration of trademarks that "may disparage" individuals or groups or "bring them into contempt or disrepute."  In a controversial 2-1 decision, the USPTO agreed with a group of petitioners who claimed the team name was disparaging to Native Americans, and thus was not permitted to receive the protections afforded by trademark law. The Washington Redskins plan to appeal the decision and have responded by saying that the term is meant to honor Native Americans and is not considered offensive by many. Read More › 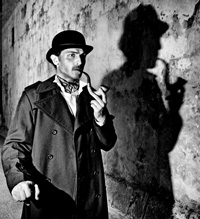 The Seventh Circuit Court of Appeals has recently affirmed a decision stating that many of the older Sherlock Holmes stories by Sir Arthur Conan Doyle are in the public domain. The court held that just because later versions of a character are still protected by copyright, does not mean that the copyrights in those earlier stories continue to exist beyond the copyright term. The Doyle estate argued that the later stories added to the "complexity" of the characters and should provide some measure of protection. Read More ›