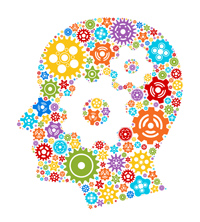 To help you decide if a design patent might be right for you, I have devoted this post to answering the most common questions I get regarding design patents.

What is the Difference Between a Design and Utility Patent?

What Really Does a Design Patent Protect?

Whoever invents any new, original, and ornamental design for an article of manufacture may obtain a patent therefore, subject to the conditions and requirements of this title.

By itself, 35 U.S.C. §171 does not do a good job of explaining just what an “ornamental design for an article of manufacture” might include. However, over the years, courts have noted that ornamental designs that can be protected by a design patent generally fall into two categories. These categories are: 1) the configuration or shape of an article, and 2) the surface ornamentation applied to an article.

Category 1 design patents are useful in protecting inventions with a distinct shape. Here is a link to a category 1 patent that I have helped clients with in the past.

Category 2 design patents are useful in protecting inventions that include unique patterns, drawings, or fonts. Here is a link to a category 2 patent that I have helped clients with in the past. Please note that in category 2, a design patent cannot be used to protect a pattern, drawing, or font by itself. A design for surface ornamentation is inseparable from the article to which it is applied and cannot exist alone. It must be a definite pattern of surface ornamentation, applied to an article of manufacture.

Design patents may also protect inventions that fall within both category 1 and category 2.

There are several reasons why you might want a design patent as opposed to a utility patent. One of the advantages of a design patent is that they can be obtained at a substantially lower cost than a utility patent. Design applications are shorter and do not include a written description or extensive claims that can drive up legal costs. A second advantage of a design patent is speed. Typically, the USPTO will issue an office action on a design application about one year after the application is filed. Utility patents typically take much longer for the USPTO to respond to. Finally, sometimes inventors have an invention that falls within a “crowded art.” That means that there are a lot of issued patents that are similar to the invention and the chances of getting a utility patent issued on the invention at all are limited or the claims that are likely to issue are of limited economic value. In these cases, a design patent may be a way to reduce risk of a total rejection by the USPTO and still secure some intellectual protection for the invention.

How Different Does a Design have to be to not Infringe my Design Patent?

"[I]f, in the eye of an ordinary observer, giving such attention as a purchaser usually gives, two designs are substantially the same, if the resemblance is such as to deceive such an observer, inducing him to purchase one supposing it to be the other, the first one patented is infringed by the other…whatever differences there may be between the plaintiffs' design and those of the defendant in details of ornament, they are still the same in general appearance and effect, so much alike that in the market and with purchasers they would pass for the same thing--so much alike that even persons in the trade would be in danger of being deceived." Gorham Co. v. White, 81 U.S. 511, 528-531 (1871).