Why Public WiFi is a Health Hazard 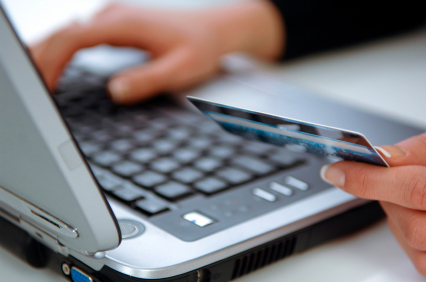 In the age of the mobile device, public WiFi is something that most of us will regularly use; whether in a coffee shop getting some extra work done or just waiting in an office area. The risks of this "free" commodity, however, are coming in faster than security specialists can deal with them. Read More ›

The Dangers of the DarkNet

When people think of the term "cybercrime", things like fraud and phishing scams commonly come to mind. Less known and discussed is the “DarkNet,” a digital underworld that is inaccessible to most and where illicit marketplaces exist for things like stolen identity information. Read More ›

Wire Transfer Attacks are Increasing: Here’s What Companies Can Do to Prevent Them

In our fast-paced, interconnected business world, the ability to quickly, easily and safely wire money is essential. Companies rely on wire transfers to complete transactions and keep supply chains moving. But with this convenience comes risks. Read More ›

The United States Supreme Court recently struck down a provision of the Lanham Act that denies registration of disparaging trademarks. Read More ›

On March 22, 2017, in a 6-2 decision, the U.S. Supreme Court affirmed a ruling by the Sixth Circuit Court of Appeals in the case of Star Athletica LLC v. Varsity Brands Inc. that two-dimensional graphic designs are entitled to copyright protection as “pictorial, graphic, and sculptural works” under the copyright law for useful articles under certain circumstances. It is the first time that the Supreme Court has addressed copyright protection for apparel, and the ruling bolsters legal protections for members of the fashion and apparel industries. Read More ›

Cyber attacks can be costly. Target recently reached a settlement with 47 states to pay $18.5 million, the largest multistate data breach settlement to date. In November 2013, Target's systems were infiltrated and 40 million customers' payment card information was stolen as was the personal information of 60 million customers. In addition to the settlement, Target paid for free credit monitoring services for consumers affected by the breach as part of a $10 million class-action lawsuit settlement.  Read More ›

Cyber-Security: It's Not If, It's When

We are all at risk for a cybersecurity breach. Speakers from Michigan State University, ASK and Foster Swift will help you determine the legal and technical processes you need to have in place. Learn more in this short video. Read More ›